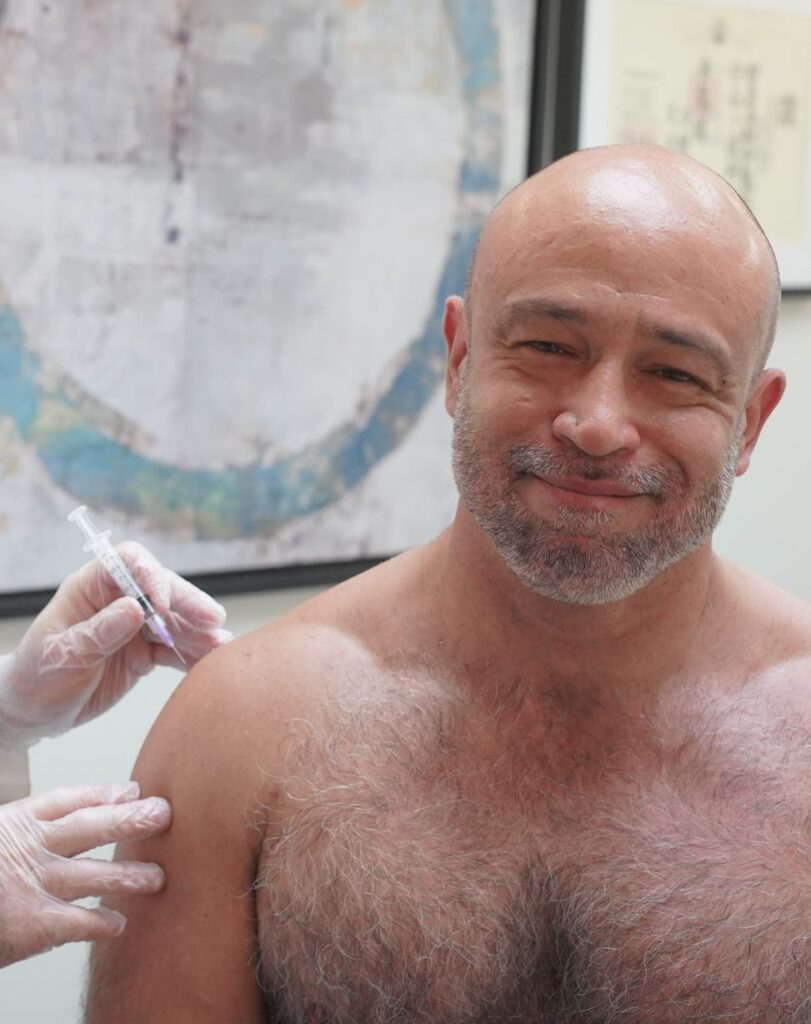 If there is one therapy that I incorporate into my own practice, that I wish more people were aware of, it would be Biopuncture.  This relatively new, cutting edge therapy, showcased on both the Dr. Oz Show and The Doctors TV show, represents the fusion of acupuncture and homeopathy.  Simply put, Biopuncture is the injection of natural, plant and mineral derived, FDA-regulated homeopathic medicines, using ultra-fine injection needles, to treat pain and inflammation, orthopedic injuries, and even chronic conditions like arthritis.

Arguably the most used homeopathic injectable, Traumeel is known for its ability to rapidly reduce inflammation and therefore pain, as well as to promote accelerated tissue repair.  Shattering the misinformed belief that natural remedies may be safer, but are not as effective as pharmaceutical medications, several studies published in respected, peer-reviewed medical journals show that Traumeel is both better tolerated and at least as effective, and in some instances more effective than its pharmaceutical counterpart.  In the Journal of Musculoskeletal Research, a 2004 study comparing Traumeel and NSAID use in the treatment of tennis elbow, Traumeel had significantly greater effectiveness and tolerability.  In the study, NSAID effectiveness was rated as 44% good/very good, whereas Traumeel effectiveness was rated as 71% good/very good.

Tolerability is certainly as important as effectiveness, and again Traumeel excels over both NSAID and steroid use.  In the above mentioned study, NSAID tolerability was rated as 45% very good, and Traumeel tolerability was 88% very good.  Safety is very important when considering medications for pain and injury.  Current research has shown that in addition to having a significant immune suppressive effect, Cortisone use increases local tissue deterioration.  NSAID use also leads to local tissue deterioration with continued use, significantly impedes tissue healing, and offers significant and even life-threatening side effects.  On the other hand, Traumeel has no known side effects, so is safe to use as often as needed.  While anyone can enjoy the benefits of Biopuncture, it is a great option for those who are not candidates for cortisone or NSAIDs, or for those who simply want to avoid the potentially significant and harmful side effects of either drug.

Dr. David Webb is a Doctor of Oriental Medicine at David G. Webb, DOM, PA in Wilton Manors, Florida (www.davidwebbdom.com) who specializes in pain and injury. He can be contacted at 954-289-8901.

We accept most commercial medical insurance plans. For your convenience, click the button below to have your benefits checked.
INSURANCE CHECK

As a pain and injury specialist, Dr. Webb integrates select cutting edge medical technologies with the ancient wisdom of Oriental Medicine to offer the most gentle and pain free, yet powerful and highly effective pain and injury treatments.

Services are by appointment only