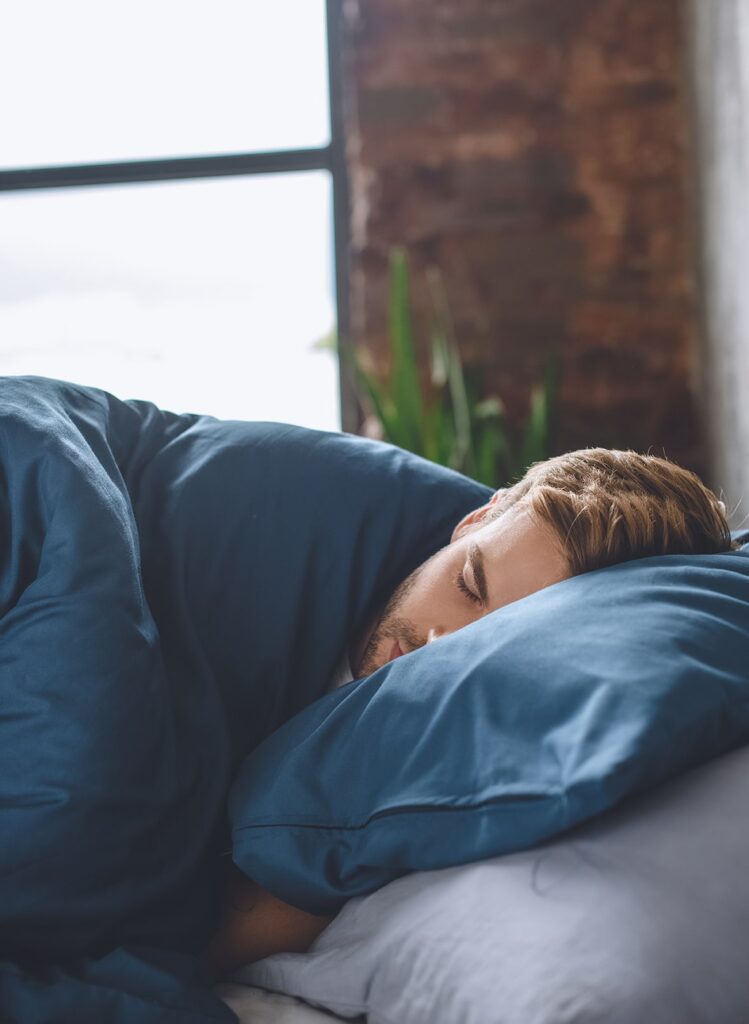 If you wake up in the morning feeling tired and unrefreshed, sometimes struggling to stay awake and alert during the day, you may suffer from a surprisingly common condition called sleep apnea. Most people who suffer from sleep apnea are completely unaware that they stop breathing repeatedly while they are sleeping. There are many causes of sleep apnea, but the results are the same. The afflicted person stops breathing several times each night while they sleep, causing their brain to send a signal to awaken briefly so that they may resume breathing. This results in fragmented, poor quality sleep, and can occur sometimes hundreds of times per night. Sleep apnea is often recognized by the sufferer’s sleeping partner, or is suspected because of chronic daytime sleepiness and fatigue.

Although anyone can suffer from sleep apnea, it is more common in men, people who are overweight, anyone over 40 years of age, and in Mexicans, Afro-Americans, and Pacific Islanders. Typical symptoms include loud snoring, restless sleep, and daytime sleepiness, with complaints of poor memory, weight gain, headaches, impotence, and job impairment. Sleep apnea is a potentially life-threatening condition that if left untreated can lead to hypertension, an irregular heart rhythm, heart attack and stroke.

A definitive diagnosis of sleep apnea involves having a sleep study, usually performed in a sleep laboratory or sleep clinic, where different parameters are measured during sleep such as airflow, chest movement, pulse oximetry, EEG, and EKG. Once sleep apnea is confirmed, the most common conventional treatment is the use of a Continuous Positive Airway Pressure (CPAP) machine that splints the patient’s airway open during sleep with a flow of pressurized air into the throat. Although considered the ‘Gold Standard’ of treatment for this condition, CPAP is not well tolerated by some people. Fortunately, there are alternative and complimentary treatments that are giving promising results.

Chinese Medicine is one such approach that holds promise for helping reduce sleep apnea episodes. Both acupuncture and Chinese herbal medicine have been studied for their effects on sleep apnea. Dr. Harvey Kaltsas, in his publication, “Sleep Apnea and Chinese Medicine”, states that “Published clinical trials suggest that cure rates of more than 80% and total amelioration rates of over 90% are possible with Chinese medicinals prescribed based on pattern discrimination.” There are many Chinese medicinals, or herbal formulas, that can effectively help reduce sleep apnea occurrence, but these medicinals are not prescribed based on a western medicine disease diagnosis, but rather on pattern discrimination.

In addition to Chinese herbal medicine, acupuncture has been found to be highly effective in reducing a patient’s apnea index, apnea-hypopnea index, and number of adverse respiratory events during sleep. In the medical acupuncture journal, Acupuncture in Medicine, a study was published in 2010 titled, “Immediate effect of acupuncture on the sleep pattern of patients with obstructive sleep apnea.” The study showed that acupuncture has an immediate effect on reducing total nighttime sleep apnea events, sleep disruption, and low blood oxygen levels. In the study, it was found that acupuncture and electroacupuncture (acupuncture with electrical stimulation applied to some of the needles) greatly reduced total nighttime adverse respiratory events compared to the untreated control group that experienced no change in their sleep study results. The most effective treatment was electroacupuncture at 10Hz frequency, that resulted in respiratory events reducing from an average of 117 to 56 total events. That’s a 48% reduction in sleep apnea episodes following treatment! The treatment group’s apnea index reduced from an average of 8.2 before treatment to 0.3 after treatment, and their apnea-hypopnea index reduced from an average of 20.6 before treatment to 9.9 after treatment.

Ultimately, studies help point to effective treatments, but we rarely treat patients in actual clinical practice in such a rigid restricted way. It is important to realize that the significant results seen in the above study were after a single acupuncture treatment. Because acupuncture has a cumulative effect, we typically see progressively better results during a standard course of 10 treatments. In addition, Chinese herbal medicine and acupuncture are most often used in combination, not alone as seen in the above studies. Since both individually gave significant improvement for sleep apnea, together they would be expected to give even greater improvement in symptoms and sleep study results. To take advantage of the benefits of Chinese medicine for sleep apnea, you should always seek out a doctor of Oriental medicine experienced in integrating eastern and western medicine to receive a proper diagnosis and treatment plan.

Dr. David Webb is a Doctor of Oriental Medicine at David G. Webb, DOM, PA in Wilton Manors, Florida (www.davidwebbdom.com) who specializes in pain and injury. He can be contacted at 954-289-8901.

We accept most commercial medical insurance plans. For your convenience, click the button below to have your benefits checked.
INSURANCE CHECK

As a pain and injury specialist, Dr. Webb integrates select cutting edge medical technologies with the ancient wisdom of Oriental Medicine to offer the most gentle and pain free, yet powerful and highly effective pain and injury treatments.

Services are by appointment only